It is the beginning of 2009 and many Americans are saying goodbye to 2008 with a very definite lack of nostalgia. We won’t miss the high gas prices, the Wall Street failures, the housing crisis, the political hype or watching some of the arrogant Corporate CEOs/Executives walk off with millions while their businesses fail. In the meantime, small businesses, homeowners and average Americans see economic crisis and a serious impact to their standard of living.

What should a small business do when faced with customers who are not spending as much due to factors such as reduced income, credit limits, etc? Many must reduce budgets to stay open and not sink like the Big Three in Detroit or the banks on Wall Street. One of the first things targeted for reduced cost is personnel and then marketing dollars.

Personnel can be placed on part time versus full time, benefits can change; work force reductions are hard. But how can you still maintain a marketing effort with a reduced budget? This will be critical to continued success as we climb from this recession and bring customers in the door.

First, reduce your range: target a specific community! If you are in a military town or near a military installation don’t forget to include them! I have seen ads in newspapers that completely disregarded the audience of military members and their families. They seemed totally unaware of this audience and its spending power.

Second, look for the best way to reach your target! Is it newspaper ads, tv spots, conventions, or the internet! The military community is very tech savvy and use their computers to find and buy things! In one study over 66% of the military had purchased something on the internet and 100% have access. Many research items on the net and then purchase them later. If you were new in a town think how you would do it and where would your company be most visible to the newest members of your community?

Third, choose the right ordnance! Who designs your ads? If it is an older marketing firm they may not have the right tools to target the audience you want to reach! The high majority of the military demographic is 18-34 years old! Do it yourself? Great, but use the right tools to make it look professional or hire a consultant to design and build the ad. Make the ad tell your military audience that your are “military friendly”. I still smile at marketing dollars we spent with a company that designed an ad campaign around Abu Ghraib thinking it was a great tool for military personnel. They did not realize how repulsive that would be to military personnel and their families.

The military community is still locked in combat with multiple deployments and tax incentives which translate into spendable dollars! We recently were at a “Field Exercise” at Ft Campbell run by our friends Star and Tara of Army Wife Talk Radio. They ask a large group of spouses how many deployments they had seen? A high percentage said “Six”! Six times overseas in combat environments. A deployment is normally at least 6 months long and sometimes 15 months!

Have a great 2009 and we look forward to being your connection with the “Inside the Gate” community!Posted byColonel KonFriday, January 02, 2009 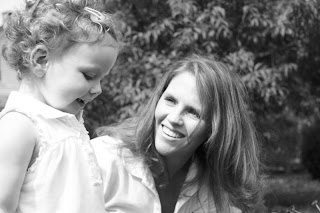 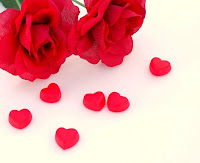 What are YOU doing for Military Families this Valentines Day? 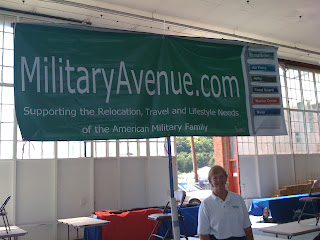