MilitaryAvenue continuously finds new ways to help the military community. I wrote the blog below this morning after being invited to participate in a Department of Defense Roundtable for Bloggers. Some of the others invited to interview General Sharp included Stars and Stripes newspapers, Foreign Policy Magazine, etc. MilitaryAvenue’s efforts to support the military community creates a positive image, brings us more followers and also more visits to your ads! You can find our Military Family blog at Our Letters to You. >>>>>

The Department of Defense Roundtable hosted General Walter “Skip” Sharp this morning to answer blogger and online media questions about the current situation in Korea. General Sharp is the Commander of United States Forces Korea and he opened with his three priorities. A quick rundown of the priorities include the ability to fight and win, strengthen the alliance between the US and S Korea and improve the quality of life for military personnel and their families arriving in Korea!

My focus will be on the General’s quality of life priority which has a direct impact on the military community’s lifestyle and support in Korea. When the General arrived in 2008 there were 1,700 command sponsored families in country. Today there are 3,700 and by this time next year there will be 4,900. By 2016 they would like to have 6,000 families command sponsored with the final goal of 14,000.

The General stated that he does he have the budget for infrastructure improvements to support the military families due to several reasons. First, many of the outposts in Korea are being consolidated from locations of units from the end of open hostilities to more centralized locations such as Camp Humphrey and Osan Air Base. Second, the South Koreans have agreed to pay for these relocations and many of the improvements are already occurring. It will take 5-6 years to complete the build up. Housing and medical facilities are on track to meet deadlines but the General said the “long pole in the tent” was school facilities. They are working with the DODDS (Department of Defense Dependent Schools) folks to upgrade facilities and provide teachers for the families as they arrive.

As more families arrive in Korea, I asked if there were going to be command interest in military spouse employment. The General assured the Roundtable that he was personally involved in this issue and had started a spouse employment iniative a year ago. The spouses arrive with a visa that allows them to work in the Korean economy and the Korean Chamber of Commerce is working with the Command to assist with employment opportunities as well. The on post/base jobs will also provide more opportunity on the installations as they are built and open their doors! As schools have larger populations the qualified spouse teachers will receive opportunity there as well.

General Sharp provided a great forum for all of us and I certainly appreciate his time and efforts to keep the military community informed through the Roundtable process!

Tips! How do I make a Newsletter work?

By the Numbers: Supporting the Military Community 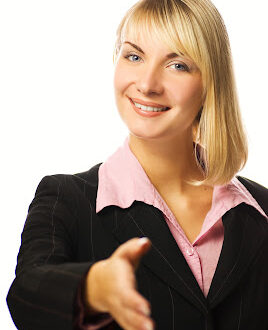 Is Your Military Discount up to date?